On June 24, 2021, Professor John Hopcroft, Turing Award Winner, Foreign Member of Chinese Academy of Science of the Chinese Academy of Sciences, and Chief Visiting Professor has been working and participating in developing the education cause at SJTU for 10 years, and at this memorable time, the founding of John Hopcroft Class (“John Class”) and Chief Professor Appointment Ceremony was of Zhiyuan College was held in No. 5 Science Building Complex. Professor Lin Zhongqin, President of SJTU, Professor Ding Kuiling, SJTU Executive President, together with heads from the key departments and Zhiyuan College attended the ceremony. Professor Zhang Junliang, Executive Deputy Dean of Zhiyuan College hosted the event. 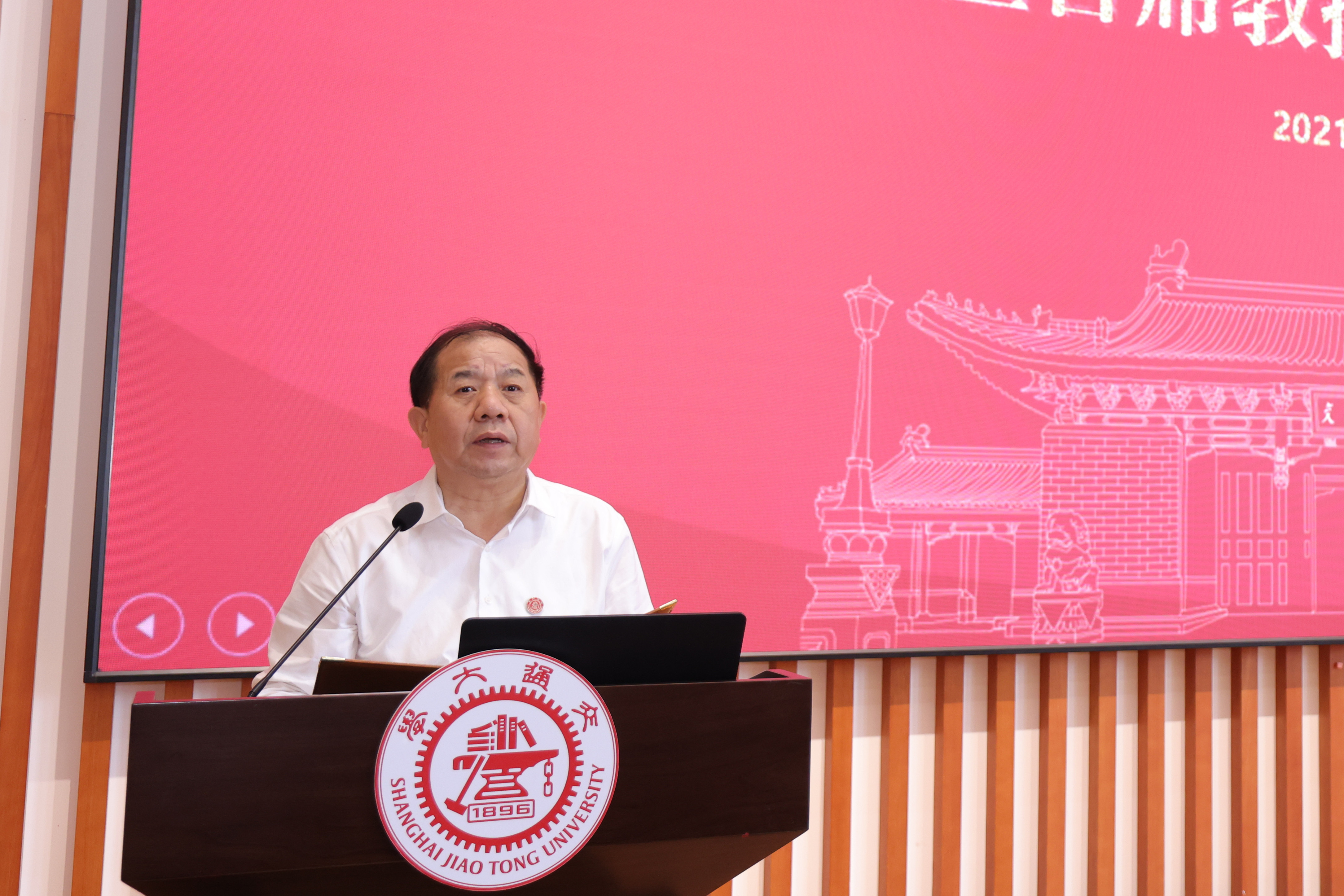 After announcing the formal establishment of the John class, Ding said that we believe that John class will become a strong driving force for SJTU to become a world-class university and promote the development of data science talents. 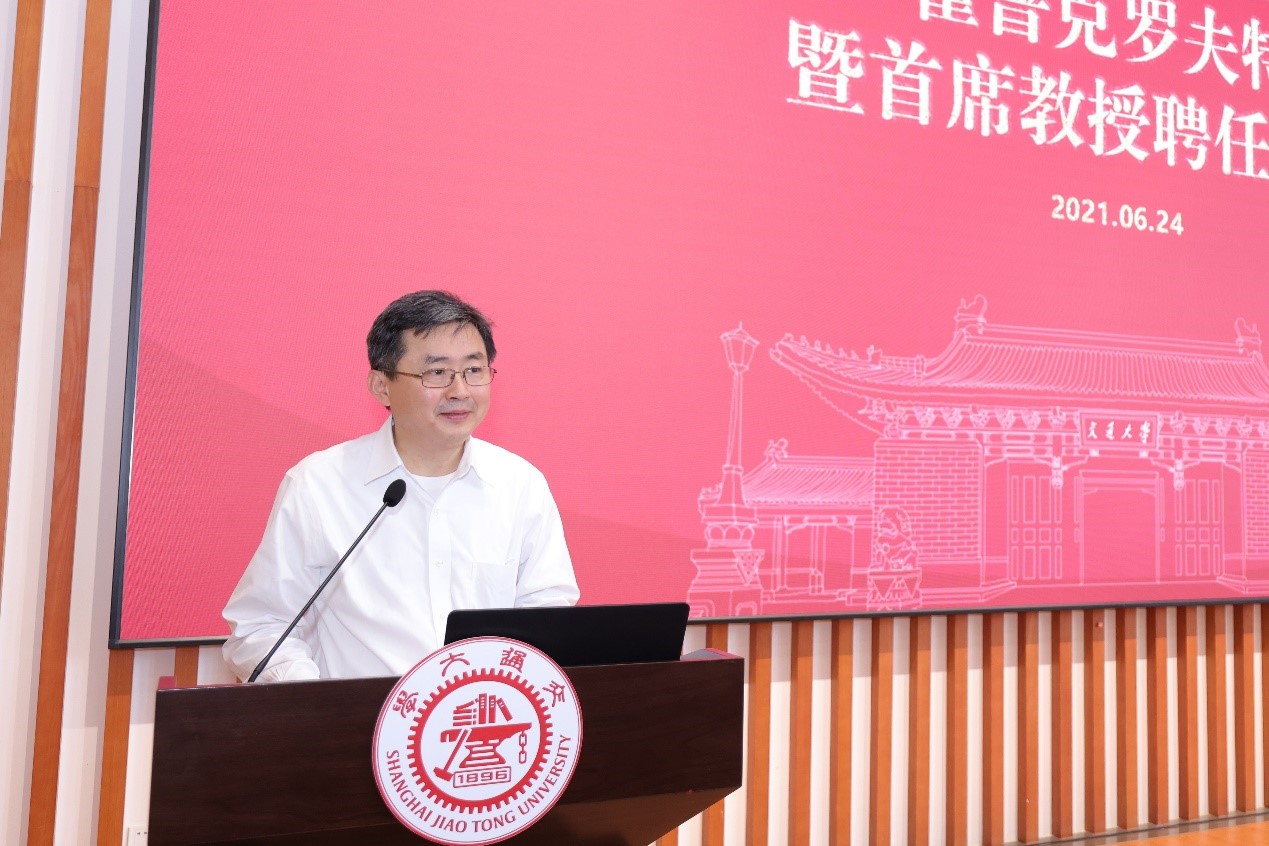 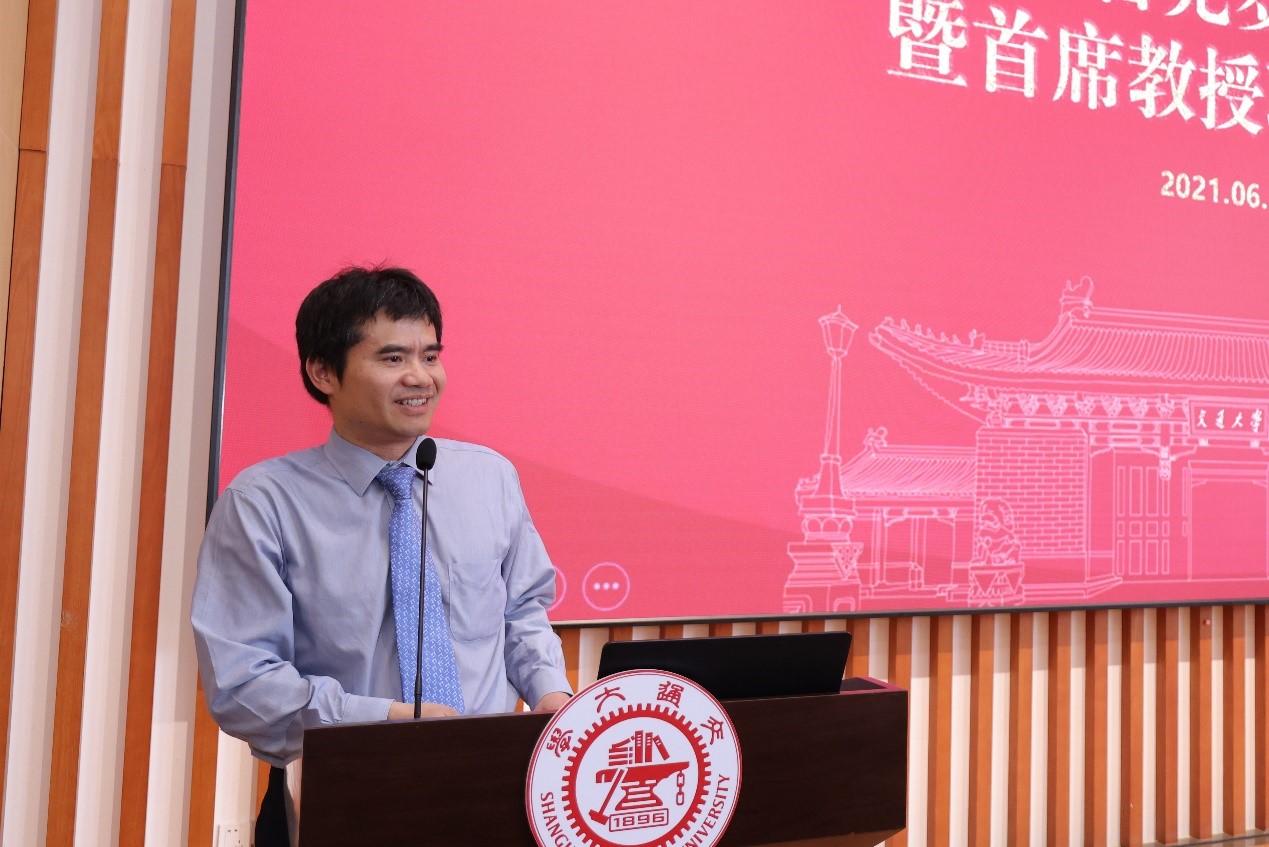 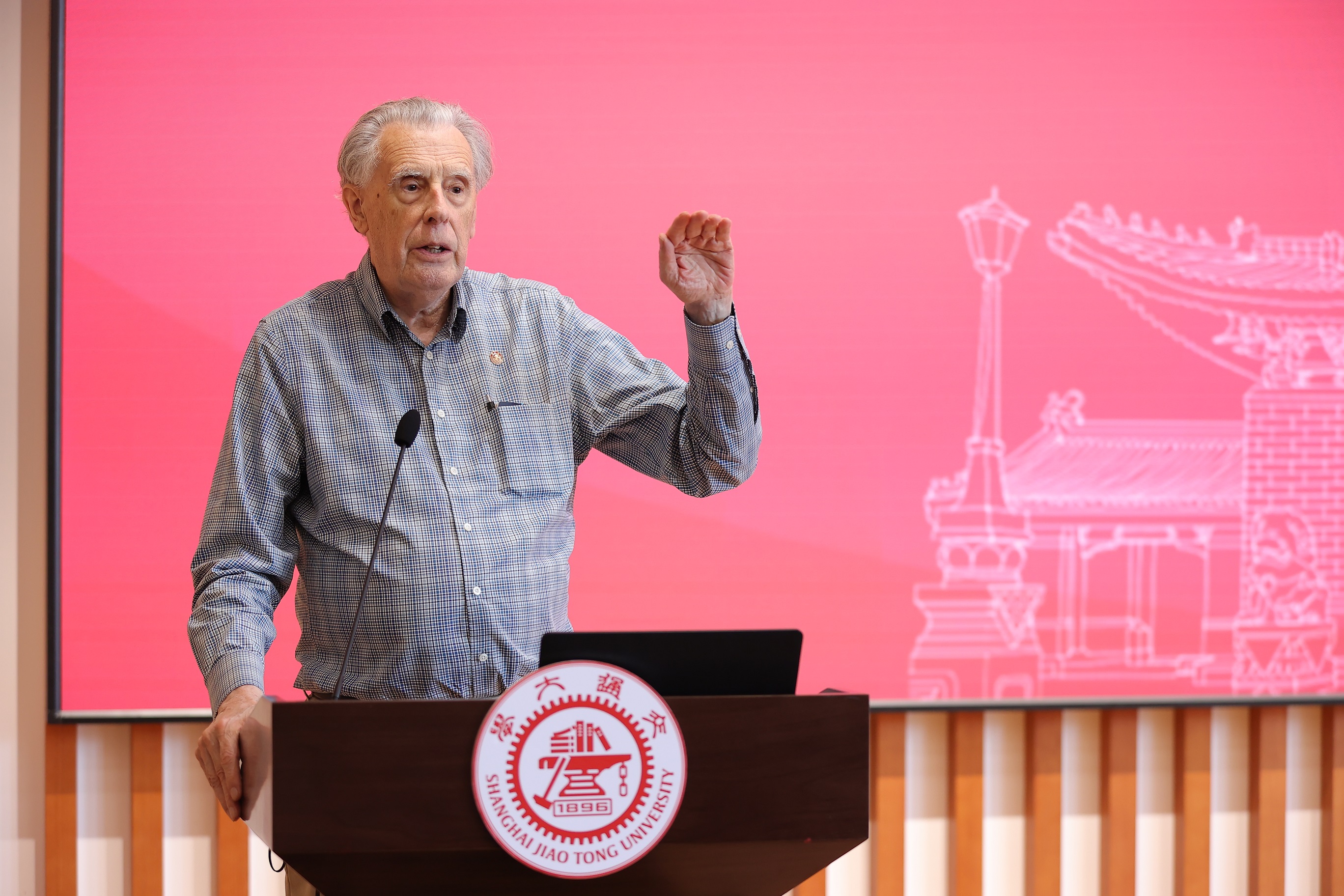 Lin Zhongqin presented the letter of appointment for Hopcroft and gave a concluding speech. Lin said that the establishment of John Class is an important measure of our university in the layout of computer science research, and is a positive response to the optimization of the layout of the subject system in the field of computer science of SJTU, and even the whole country. Further, he pointed that we could explore the new educational ideas, build strong foundations and cross-training mode, as well as make deep cross disciplinary cooperation platform via John Class, which could help us to develop the national strategy for computer science and technology. 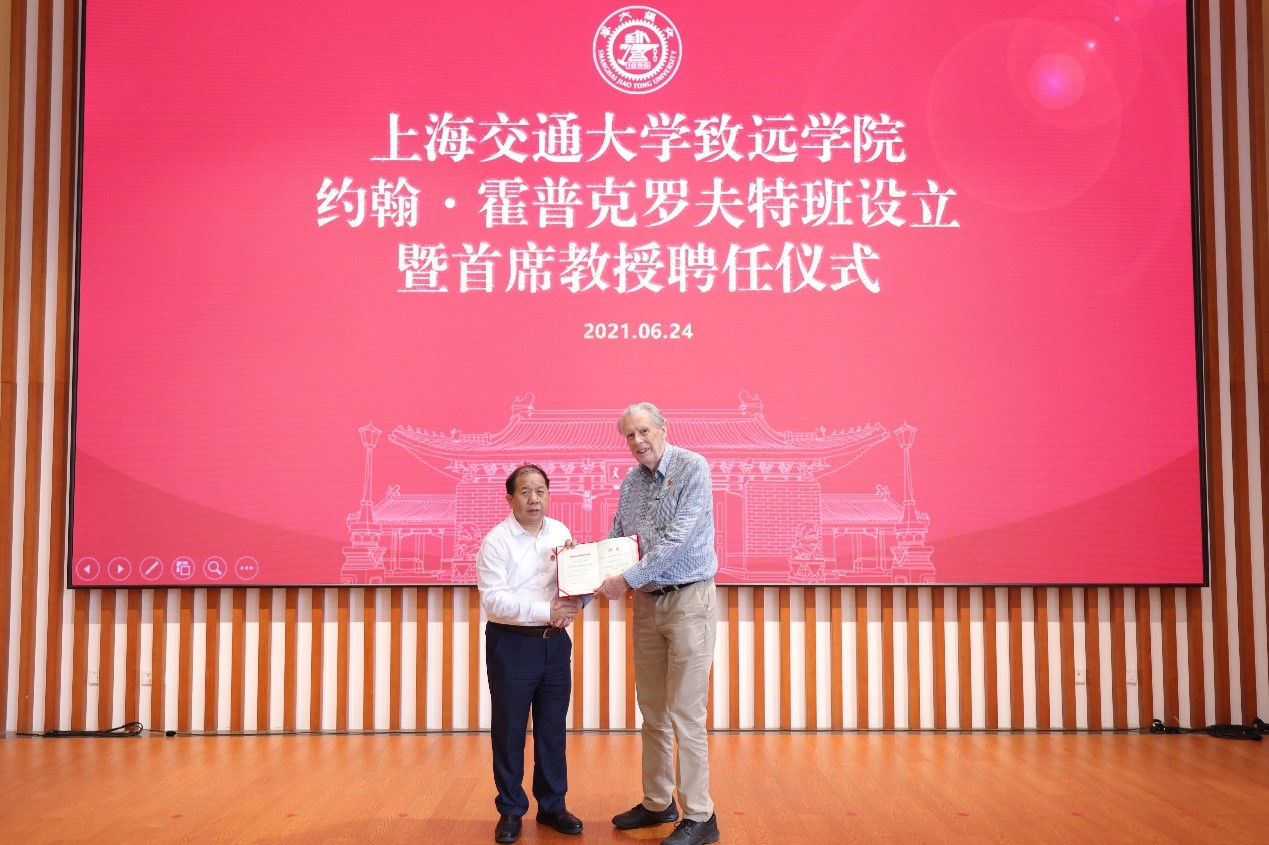 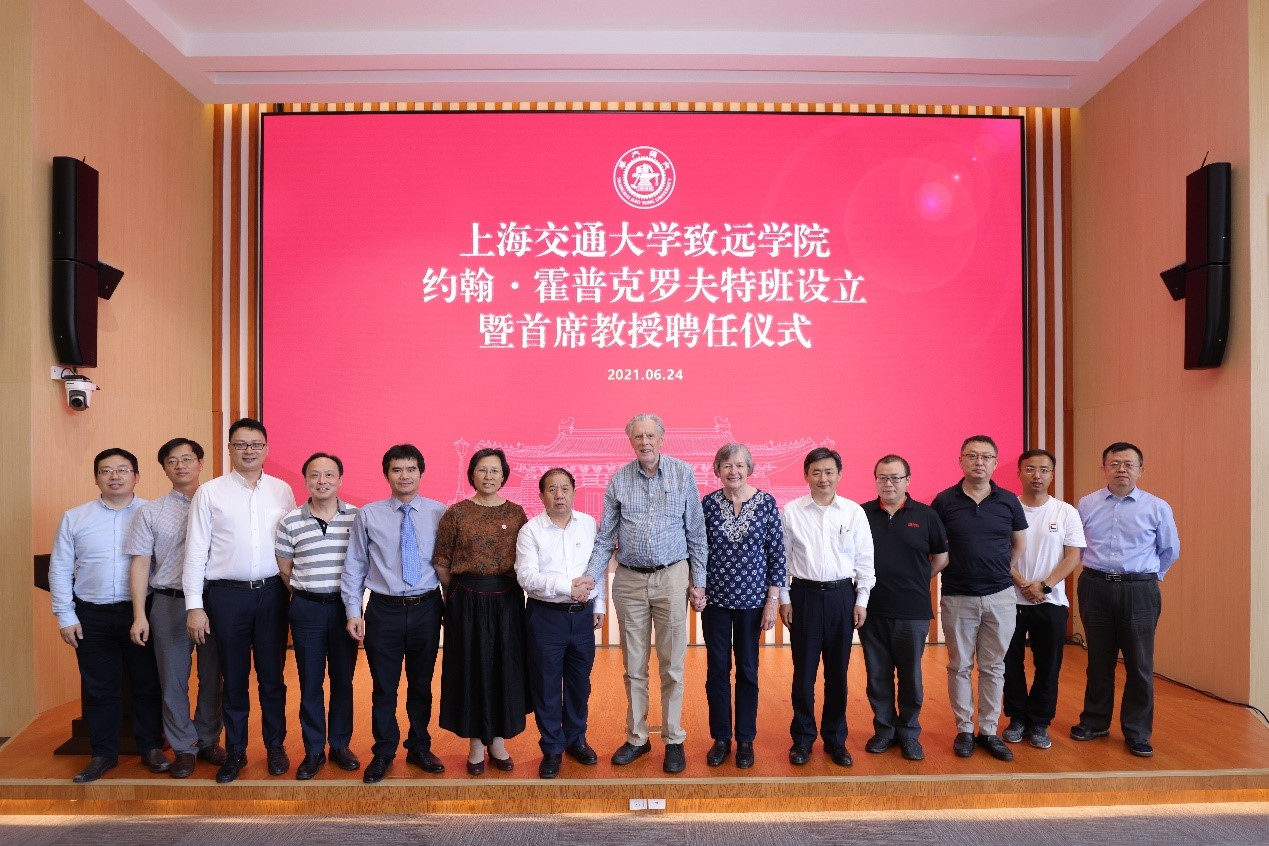 John Edward Hopcroft, received his doctoral degree from Stanford University. He has won the ACM Turing Award in 1986, the IEEE Von Neumann Award in 2010, and the American Academy of Engineering Simon Lemer Award Founder in 2017. Hopcroft has been working and lecturing at SJTU for 10 years, and is working as the Chief Professor of CS division at Zhiyuan College of Shanghai Jiao Tong University, professor at Cornell University. He was elected Fellow of the American Academy of Arts and Sciences, American Association for the Advancement of Science, and Institute of Electrical and Electronics Engineers (IEEE) in 1987, and elected as Member of the National Academy of Engineering in 1989. In 2009, he was elected as Fellow of Society for Industrial and Applied Mathematics and Member of the National Academy of Sciences, and Hopcroft has received Einstein professor Chinese Academy of Sciences and IEEE von Neumann Medal in 2010. He worked as former member of the President's National Science Council (1992-1998). In 2016, based on his years of work at Shanghai Jiao Tong University, Hopcroft was awarded the "Chinese Government Friendship Award", the highest award for foreign experts' contributions in China. In 2017, He was elected as Foreign Member, Chinese Academy of Science of the Chinese Academy of Sciences.