Researchers from the Advanced Science and Technology Research Center at the University of Tokyo have used a new computer simulation technique to simulate the self-organization of amphoteric nanoparticles. The experiment can realize nanoparticle aggregation structure and open structure change by controlling the pH, and the results are instructive for the design of pH responsive of self-organization of intelligent matrials and understand the charged proteins such as biological problems. Research results "Impact of charge regulation on self-assembly of Zwitterionic Nanoparticles (the effect of charge modulation on self-assembly of amphoteric nanoparticles)" were published on April 12, 2011 in the journal of Physics Review Letters, and selected as "Editor's Suggestion". On average, one out of seven PRL articles is selected as an editor's recommended article. 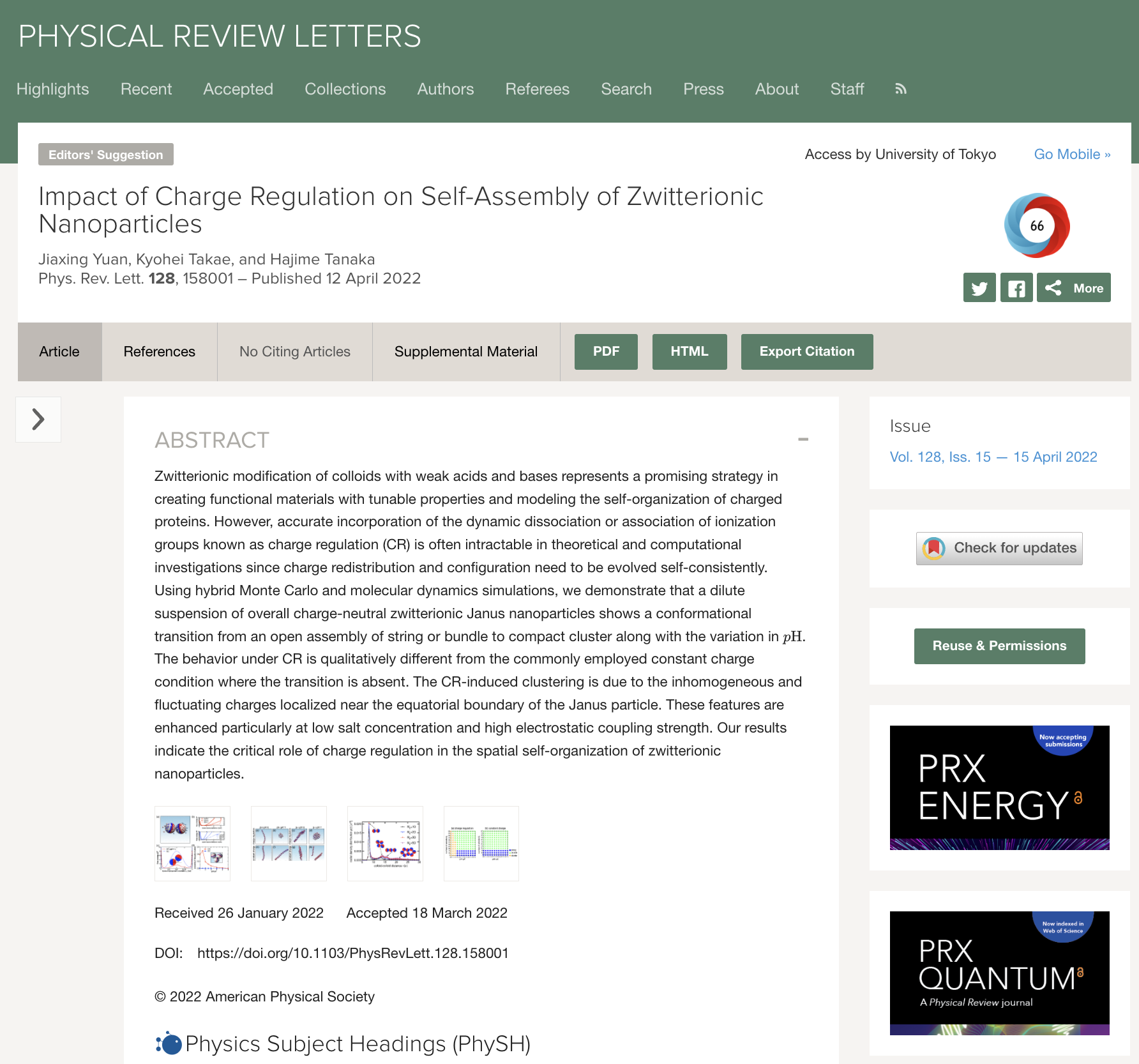 The  first anthor Yuan Jiaxing said, "the self-assembly of nanoparticles has been a hot spot in disciplines such as Physics, Chemistry, and Materials etc., the significance of the results of the paper lies in finding an asssociating mechanism based on fluctuation of the charge particles, which assists experimenters to apply Ampheteric nanoparticles in the future to create functional materials with tunable properties". Jiaxing, a Physics graduate of Zhiyuan College (Class of 2016), is currently a postdoctoral researcher at The Advanced Science and Technology Research Center, The University of Tokyo. 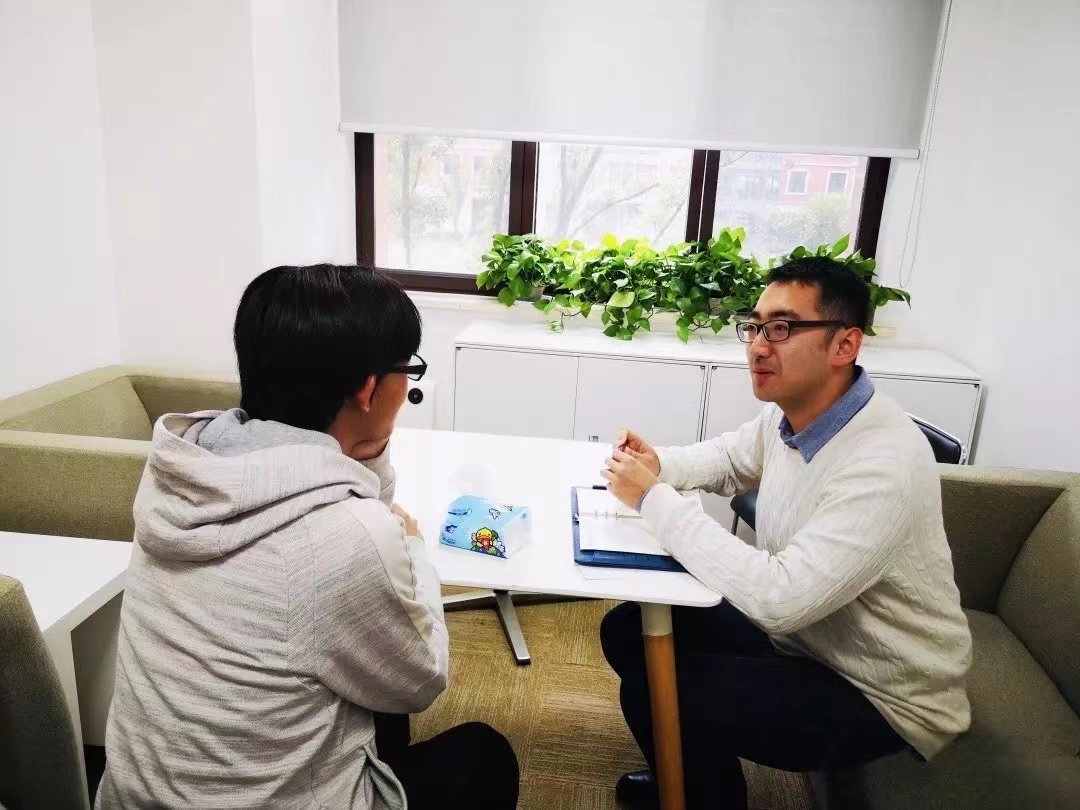 Yuan Jiaxing was very interested in Physics when he was in high school, and after entering Shanghai JiaoTong University, he strengthened original passion for Physics. While studying at Zhiyuan College, the strong peer discussion atmosphere and the influence of the worldwide leading academic masters have laid solid foundation for his researches. More importantly, he had developed a strong interest in exploring scientific issues, established the spirit of rigorous and realistic in the field of Physics researches, and strengthened his dertermination to engage in scienrific research. He said, "I chose Zhiyuan because I hope to have a deeper understanding towards the nature of Natural Science". "What is the most valuable here is that we have a group of like-minded teachers, classmates and friends to talk freely about the classical Physical matters with, and to spend a joyful and meaningful four-year undergraduate studies". 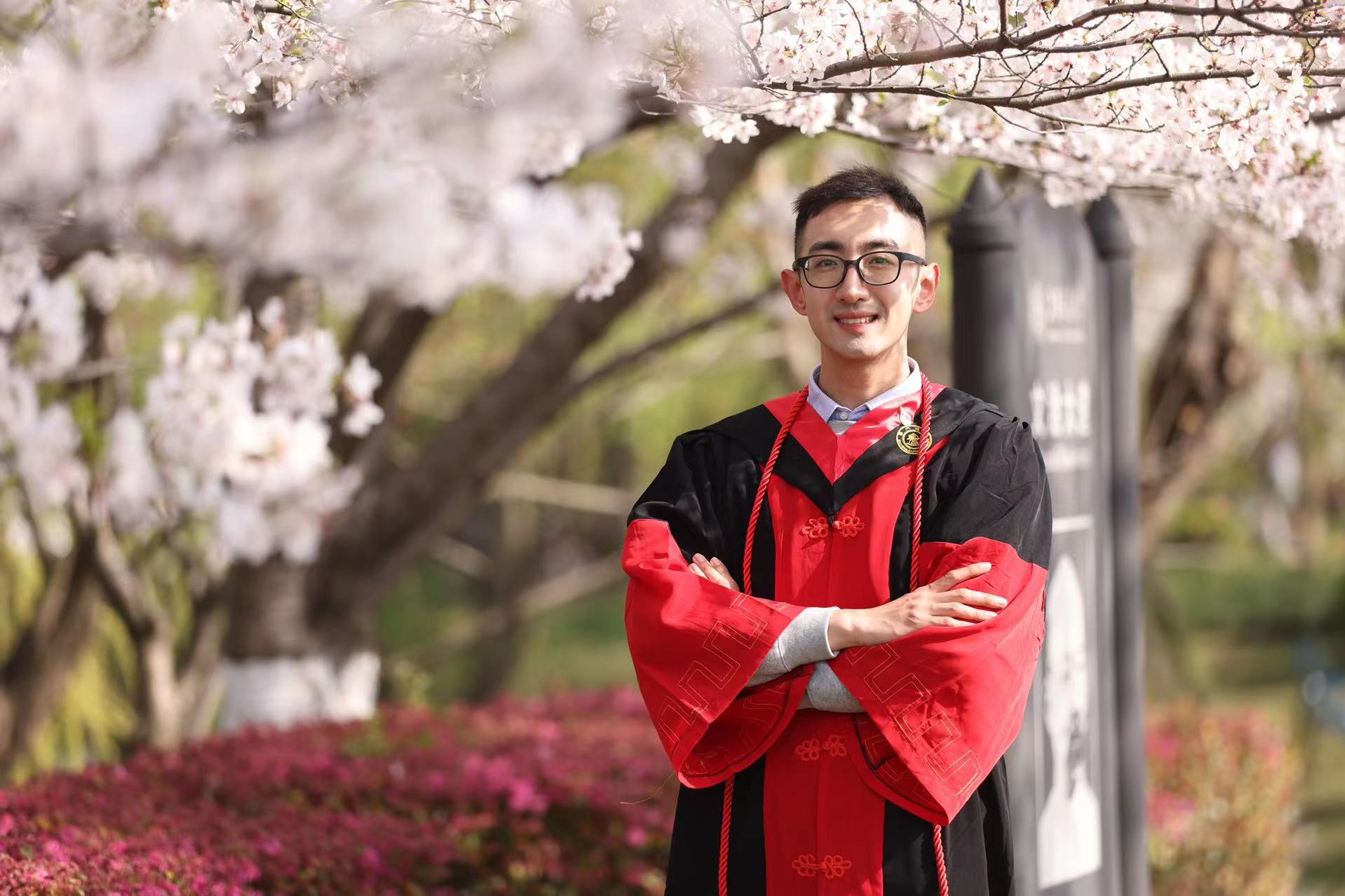